For time, frozen and silence, a sad song.
The widowed wife, she keeps weeping all night long.
For summer, forgotten and when winter, is now.
The young son carries the name and is warm wearing your clothes on.

As remorse, realised and regret weighs on.
As memories, always a melancholic trip down.
Hey Ram! Hey Ram! Tell me where have you gone?
I’ve been searching soundly yet you are nowhere to be found.

Venus, let’s lock eyes on a cold winter night and fill the air with the warmth of our breath.

Feel you up on the kitchen top, pin you down on the floor and then let’s talk about sex.

Go to the pictures and then stare at you because all I want is to just kiss your neck.

Let’s dine on the tiniest table for two, run our toes over each other and eat while our knees touch.

Bathe in a hot shower, watch the water run as we still paint a beautiful mess.

Lie naked on our backs, dry ourselves while we get high smoking some laced cigarettes.

Let’s cuddle before we fuck, play with each other’s hair and confess our dirtiest secrets.

Precious, let’s not just go through the motions, instead bond our souls and use our bodies to express.

Let’s best each other, tire ourselves making love and lie wasted wrapping our legs

Then slowly fall asleep to the sound of dawn as the morning moon sets. 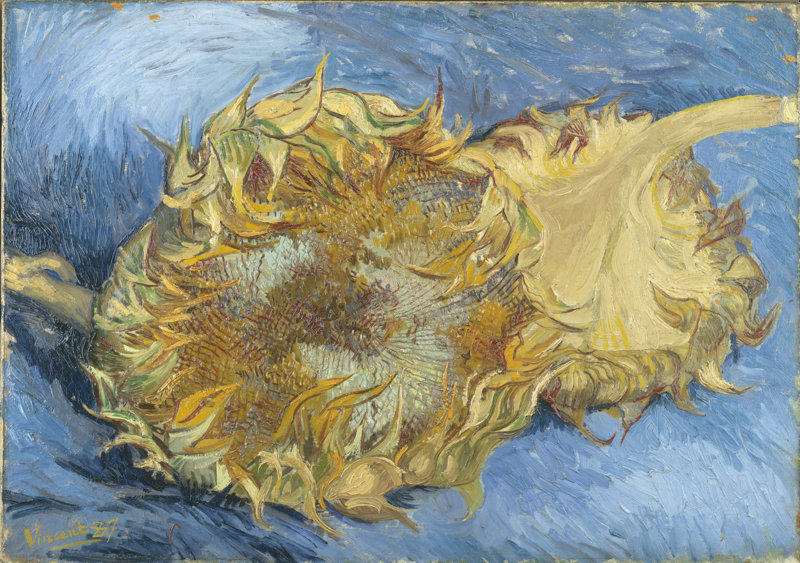 On a cold winter morning when the sky is as dim as it can be,
I hear my Daisy calling and dazedly staring at me.

In loneliness she keeps wailing and dancing as doldrum beats.
Yet worry not, my dandelion. Because as always, it’s just you and me.

And as you keep anxiously calling, for the Sun to rise and let you see,
Don’t forget to open your eyes my darling, because you make your own sunshine and make the light that sets me free.

So just like every morning, my marigold, keep staring at me.
Except this time around, sway to the rhyme of my song and smile so you can be seen.

For the benefit of my sanity and my life,
I’m holding a funeral for a swarm of butterflies.
Why?
Can’t really blame them, I used to like the feeling when they were free to flutter and free to fly.
Flying from my stomach, all the way high to my mind,
all through the day and all through the night.


Until it made me lovesick, with no warning or even a sign.
It’s alright,
I do this on purpose and this isn’t even my first time,
The best part of pest control is that nothing kills these insects like writing a couple of cheesy lines that rhyme.
Because, instead of me, I’d rather they die
and for a change, let me be the one watching you cringe and watching you cry.

All these pretty women on the gram, I see
Covering all their pretty like these covers from magazines.
Fallen prey to the standards of degenerates, I see.
Big boobs & thicc booty doesn’t mean real beauty, can’t you see?
Trying to be skinny but thick enough for a tight bikini, I see.
I’ve been wanting to tell this to a woman, that size don’t really matter to me.
Let me know if my standards are too high for you to beat,
But beautifulness is being you to the fullest, that’s really what I feel.
So Princess, don’t be obsessed & sellout instead, cause honestly, your beauty can’t be handled by no industry.

Did you know that we’ve always had the things that we need?
Only that we weren’t paying attention so we failed to see it.
Like wearing heels just to feel few feet taller
But it doesn’t change the fact that you’re still two foot small.
So it doesn’t matter if in life you think like Hollywood
If all you want is attention then you’d get it but you’d never be understood
Don’t overstand trying to compensate for what you think you don’t have
The more you want, the more you feel lesser than who you really are
I didn’t make that up, I’m just stating Alan Watts’ Backwards law,
just here trying to remind you not to mind that feeling you got.
So don’t sell your time and energy for the things that can be bought
cause the things that you lose aren’t like the things that money can buy back. 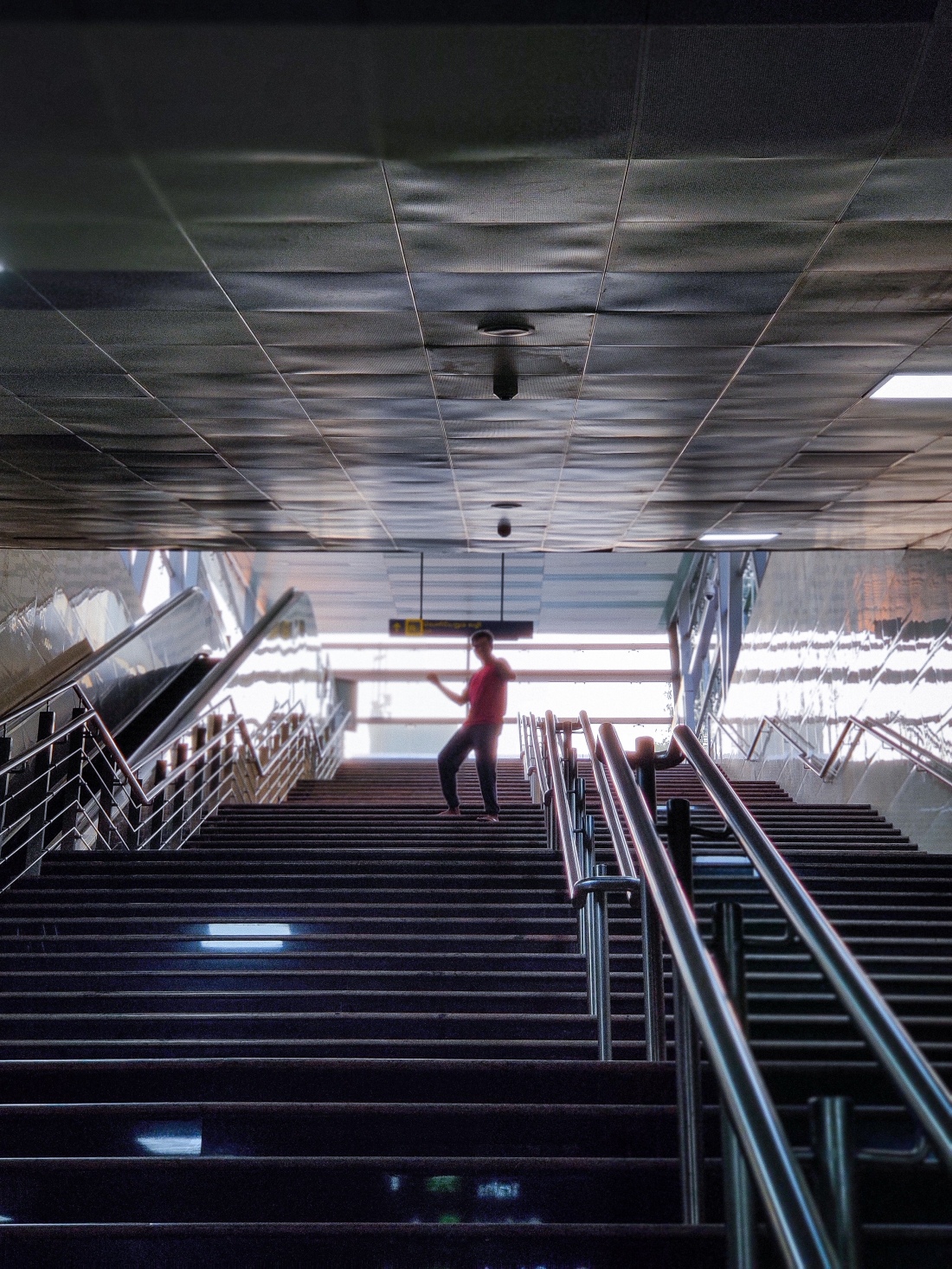 I woke up in the morning crying out of bed,
Sometimes somethings in life are better left unsaid.
But that doesn’t mean all the tears I shed,
are any less real than this life that I dread.
I’m always playing catch up since I stopped popping all these meds,
I got caught in the crossfire & now I live with this bullet in my head.
I’m still able to walk & pretend like the rest,
Taking what comes my way and working with what I get.
Cause truth be told, life’s either blue or life’s either red,
And I wish I were colorblind so that I could put on a happy face instead.

Here’s what I’m not going to talk about in these verses,
Not about my compliments and all my curses,
Not that I have well wishers and even doubters,
Or about my mistakes, scars, bruises and abuses.

Cause I know we’re all human for the better or for the worse
and I know some might say otherwise just to confuse us,
Excluding and refusing, asking you to hate the rest.
But do you really expect me to believe you’re that clueless?

To forget we’re the same, even in all our differences.
Hating someone is actually a sign of hating oneself, isn’t it obvious?
It’s okay, you can refuse that, I’m not trying to force it,
Cause the truth is, peace & love can be pursued only by those who choose it.

Today, a friend of mine asked me why art almost always is about pain.
Instead, why don’t I write something that feels good for a change.
And as she was saying, her words start to weigh in,
I realised that all I ever did in life was complain.

So, on the occasion of the upcoming Valentine’s day,
I’ve decided to write about this woman I keep falling for again and again.
Like this uncontrollable obsession to make these lines all rhyme the same.
Because, let’s face it, I’m secretly a man-child with a five year old heart and a fifty year old brain.

She’s smart, funny, beautiful and everything a guy wants in a woman.
With pretty eyes that feels as deep and vast as the ocean.
Made of stardust, you might say just like the rest of us,
But you never made me realise why diamonds are worth breaking the bank again,
or even help me appreciate the magic of the pouring rain.

To say the least, this woman’s an absolute feast,
That I’ve never had a shot at since this began.
And as you can guess, just like anyone else, this absolutely drives me insane.
But that’s just how love works, for it can be given but never bought back for a bargain.

And since this art I make is from this heart that breaks,
I don’t expect you to feel good today for a change.
So until then, it’s the same old story and the same old complaints.

But guess what? Against all those odds, you still made it to THE END,
And I’d say, that’s one reason to feel good again.